POV: So much depends upon…

who it is that is looking at that red wheelbarrow… or that red suitcase.
And who tells the story.

Ahh how the world shifts depending on where we are standing, whose eyes we are looking through and who it is that steps forward to speak.

I got a question, via email, a while ago about Point of View. The question was from a student who was reading Mostly Happy for school and was writing an essay about the book. She wanted to know why I wrote the novel in first person instead of third person.

I also had a wee discussion about this very thing over at Marlene Luneng’s blog.

Those of you who’ve read Mostly Happy, know that each chapter is focused around an item from Bean’s collection of treasures that moves from a shoebox to the red Samsonite suitcase.  Bean starts the collection early on and keeps gathering things throughout her life.  They help her remember things and they help keep her sane.

I kept all my treasures in a shoebox, so I knew where they were and they never got left behind when we moved. I had to be choosy though. Prissy said she didn’t wanna live with no damned pack-rat.

Me and Prissy traveled light.

When I was writing the book I was able to hop from object to object and blurt out (or let Bean blurt out ) the … story… behind the object. The bit of her life that it captured and WHY it was in the suitcase.

The “bits” came out in many different styles – some things were in 1st person and some in 3rd. I let them come out however they wanted. I knew I had to just… keep working… bit by bit by bit…. item by item… I had to follow this girl and get her story down.

We did this for a long while, Bean and I.

Finally, feeling myself nearing something close to all the bits needed for a true first draft, I decided that it was time to choose a POV. I took a pause and read the bits over. I fiddled here and there with some rewrites and then…

I went back to the beginning and wrote the first 100 pages both ways. As well as I could… BOTH WAYS. (This was, of course when I thought there was only 2 possible ways – but more on that later)

Then, one snowy day I rose from bed, showered, and put on my best “professional writer” outfit — meaning pulling out some clean pants and a nice looking shirt and topping it off with a purple blazer thing.

Feeling very professional — especially after months of working in my jim-jams — I packed the pages into my briefcase and trundled off to … the Saskatoon Public Library.

I sat myself down at a table in the corner, pulled out the drafts and a red pen and went over both drafts as though I was the Writer in Residence, trying to support an emerging writer who was struggling with her first novel. First I marked up both drafts with line edits and possible changes. Then I lay them side by side and compared them to decide which version was “best.”

The first person version had the most … JUICE … and hence – Mostly Happy is written entirely from Bean’s point of view. But boy howdy did I ever find important stuff in the version written from “outside” of Bean.

In the end, I blended the versions — and I proceeded to write every chapter both ways just to see what I could find. In truth, I can’t swear that I did it with each chapter – but that makes the best story — so let’s go with that. It truly was worth the effort for me. I was learning how to write fiction. It was a whole new ball of wax for me.

To add to the fun, there was also the discovery that I needed to figure out where and WHEN exactly Bean was speaking from. Was she the little kid, growing up through the book? Or was she an adult looking back?

I worked very very hard to do something that… hopefully goes mostly unnoticed by readers.

To me, Bean tells the story from just beyond the events she is speaking about.

Well… I need to read the book again and see if I hit what I aimed for but what I WANTED was for her to be just a bit ahead of what was happening. Not too far. She couldn’t have too much knowledge of things that were still to come. I wanted us all along for the ride WITH HER as it happened, but I still wanted her to be telling us the story… so she had to keep just a bit ahead of us… but not too far.

I also wanted her voice to evolve as the novel progressed. She picks things up, our Bean does. Her vocabulary and her very way of speaking shifts depending on where she is and who she is hanging out with.

No WONDER it took me six years to write Mostly Happy, eh? I wrote it twice.
I wrote it way more than twice, to be honest.
I’ll do a post about the wonderful world of revisions… some day.

These days, I am struggling with a whole different beast.

It’s a bit of a slippery POV for me, as it seems to be moving, I hope seamlessly, from person to person. It remains a third person point of view but it is CLOSE UP to the characters. It also has to do with… the psychic distance between the reader and the characters.

I’ve been thinking about (and noticing) point of view and VOICE quite a bit this month. I’ve been experimenting as I work through scenes in the new novel. I’ve slowed the down the rolling ball of words. Shifting from the headlong rush of last month to a more… thoughtful mode of working. Allowing myself to to take some time to play with different variations in the Point of View.

Once again, there will be much work to be done in the revisions, I’m sure.

By the way… I still have the purple blazer thing and often wear it to EDIT – like in the pic above — where I am at work on one of my 3day novels.  [NOTE: I’m still in my jammies but I have the writer coat on!]

Category: How I do what I do (Process), Sanctuary (Novel in Progress), WritingTags: Mostly Happy, writing

4 Comments on “POV: So much depends upon…” 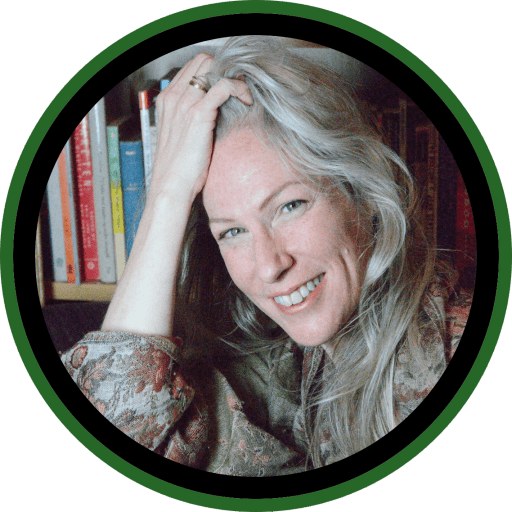