Shake and Bakes are my quarterly check-ins (CHICKENS!). I use these posts to … shake out the happenings of my work and my life in general in an attempt to Shake off the bad and Bake in the good. It’s about … gratitude, paying attention and living by the moon. Much thanks to HAVI over at the Fluent Self for inspiration and to APRIL at Big Sky Astrology for her monthly Working with the Moon booklets.

This week’s chicken comes to you live from the Chapleau Train Station where I await the arrival of my lovely Sister in Law for her annual summer sojourn at the Shack.  This year I baked a cake – and I do believe it is the first cake I have baked since that pineapple upside cake we created back in grade eight Home Economics.

Oh the things I didn’t learn in Home Ec….

The week has, as usual, flown by me.
Here’s what it looked like…

This week’s Chicken is to cover …

Moving into the Last 1/4, I was focussed on feelings and emotions and what I was trying to untangle/de-clutter was my tendency to be an emotional empath.  Last week I talked about RAIN – a meditation technique that can help us Recognize, Allow/Accept, Investigate or become Intimate with and recognize the impermanence of these states and lean back into that lovely ocean of Non-attachment.

I also wanted to use this check-in to note any changes in overall health and wellness due to practicing this month’s habit.

Well…. Like I said, for some reason… I felt rather… flat this week — emotion wise.  I did practice RAIN a few times in my formal meditation sits, but I had to search a bit to find instances of emotional turbulence in my day.  Sometimes I reached back a few weeks and worked on older instances of suffering.  This seems great… no emotional turbulence…right?  Only I’m thinking the turbulence was still here, but somehow I, once again, numbed out to it.

I did have ONE TIME when I noticed something sweeping over me and I managed to RAIN with it. That was cool.

I shall continue to pay attention this week to my emotional empathy (and state of being in general) and see what happens.  We aren’t ready yet for a new habit over at Sea Change, so this will work out.

As for my general health and wellness… I have an inkling that if I could… when I am able… take this de-cluttering idea to heart that it will lift a large weight off of me.  Though I resist doing it right now… I think the idea is planted and may take root despite my resistance.

One of my fellow SpiritWalkers mentioned this happening for her with the Waking Early habit.  She really had no desire or motivation to work on the habit when it was the “module of the month” but now her life has shifted in a way that has opened her up to it.  She is one of the folks doing TAW with me and she is rising early to do her morning pages.  I think that is sorta awesome.

I also wanted to do a sort of – overall review of how this month’s habit turned out and how it felt to work through it with the various focuses each week. But, in truth….I don’t think things really worked this month because I never really committed to the habit of de-cluttering.  Not really.  Not at all.

Lemme do a quick look-back…

OK… so the month wasn’t a total wash then.  Yay for the idea of reviewing that. It has made me feel a lot better about the month.  Cool.

The Sea Change program is falling out of sync with the moon cycles, but I feel that this idea of using the elements to deepen each month’s new practice/habit has merit.  I still like the idea of working with one practice/habit per month and one focus per week. So… I shall carry on doing it.

There is an urge, now that I am involved with Sea Change to… tidy up my chickens by going back to weekly check-ins instead of following the moon… but I don’t want to do that.  I will follow the moon and keep up the Quarterly check-ins til we reach Samhain (Oct 31) again.  Then we will see what next year might look like.

Just a warning that the chickens could get even kookier from here on in.  I’ll just play it by ear, I guess.

Okay pals and pallas and those who’ve stumbled upon us unawares….

That’s it for me this quarter.
The train is almost here.  I just got a text from my Sister in Law.

May you all have a wonderful week with friends and family and you own sweet and luscious selves.

Here’s an old old train song to carry me out… 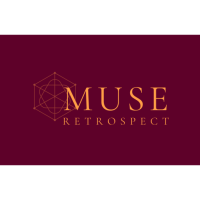 Stories and photos from Scotland

Stories and photos from Scotland